Providing a new generation of psychologists with the practical, academic and clinical skills needed to pursue a career in the field of military psychology

The Sturm Family Foundation and the University of Denver’s Graduate School of Professional Psychology (GSPP) partnered in 2015 to create an academic and training specialty to serve the military and Veteran population and to address the increased need for psychologists with this specialty knowledge. The Military Psychology specialty expands evidence-based academic training for students, increases access to behavioral health services and provides outreach and consultation to military and Veterans-focused community-based groups – creating a comprehensive system of training and care. At the same time, the specialty provides national leadership with the latest research, best practices and thoughtful leadership around military and Veteran issues.

A statement from the Military Psychology Specialty on recent events

Moving the Needle on Veteran and Military Mental Health: A Webinar Series for Providers who Serve Those who have Served

This talk reviews the prevalence of concerns and challenges faced by military and veteran spouses or committed partners. It describes existing and emerging programs to support spouses to address mental health, higher education, career, relationship and transition support needs. It suggests program supports, policy changes and research that are needed to better support spouses’ wellbeing.

This presentation will review developments in the theoretical and empirical understanding of moral injury. While pointing to gaps and discrepancies in the literature, this presentation will highlight areas of interdisciplinary consensus and discuss implications for conceptualization, assessment and intervention. A rapidly growing research base seeks to a) establish construct clarity and definitional distinctions, b) describe frameworks for understanding moral injury, and c) develop targeted assessments and approaches to moral healing. Accordingly, this presentation has three specific aims. First, strengths and limitations of current construct definitions in the moral injury literature will be discussed, focusing on extricating overlapping definitions. Literature addressing conceptual models of moral injury will be compared and contrasted. Also, the utility of a moral injury construct apart from PTSD and challenges this may present to the field will be discussed. Second, measures relevant to moral injury will be identified including a brief discussion of how assessment may be targeted and improved. Finally, existing and emerging interventions will be described, and recommendations related to moral healing will be summarized.

The purpose of this course is to educate mental health professionals about the integration of suicide risk assessment and management into evidence-based treatments (EBTs) for PTSD. The course will first report on research about the comorbidity of self-injurious thoughts and behaviors and PTSD, and how EBTs such as cognitive processing therapy and prolonged exposure reduce suicidal thoughts. Next, this course will provide guidance for conceptualizing patients with suicide risk during PTSD treatment. Finally, this course will suggest ways to  incorporate evidence-based suicide risk management strategies with a focus on crisis response planning for suicide while implementing EBTs for PTSD.

Combat-related posttraumatic stress disorder (PTSD) includes many unique features that are not present in most civilian traumas. This presentation will review adaptations of prolonged exposure therapy treating combat-related PTSD in the combat theater, in primary care settings, and as part of with intensive outpatient programs. The presentation will also review the development of a nationwide research consortium to develop and evaluate the most effective treatments possible for combat-related PTSD in active duty military personnel including the results of a series of DoD-funded randomized clinical trials. The presentation will conclude with a review of the remaining research gaps.

Please join The Graduate School of Professional Psychology’s Military Psychology specialty for the second installment in our webinar series, in collaboration with the Department of Veteran Affairs Mental Illness Research, Education, and Clinical Center (MIRECC).

APA credits are available through this series. Click the RSVP button below to learn more.

Please join The Graduate School of Professional Psychology’s Military Psychology specialty for the first installment in our webinar series, in collaboration with the Department of Veteran Affairs Mental Illness Research, Education, and Clinical Center (MIRECC).

APA credits are available through this series. Click the RSVP button below to learn more.

The Military Psychology specialty trains students – many of whom are Veterans, Servicemembers or military family members – in all aspects of clinical and operational psychology with academic courses, clinical experiences, research training and community outreach. Students within the specialty are trained by psychologists with extensive experience in the Department of Defense, Department of Veterans Affairs and other organizations that work with Veterans, Servicemembers and their families.

The Sturm Center provides high-quality, confidential, evidence-based behavioral health services for all Veterans, Servicemembers and their families, regardless of discharge, era, combat or activation/drill status. To ensure everyone who needs services is able to access them, the Clinic operates on a sliding-scale payment model and accepts Medicaid, Medicare and VA Community Care/Triwest. 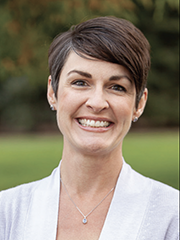 Dr. Erica Adkins is a Licensed Psychologist in Colorado and Ohio. She received her Ph.D. in Counseling Psychology from the University of Oregon in September 2009. She completed her predoctoral internship at Federal Correctional Institute Fort Worth, TX then spent the next 5 years as a psychologist with the Federal Bureau of Prisons. She currently owns and operates Stages of Change Psychotherapy, PLLC, a group practice in Colorado Springs, CO. Her private practice focuses on traumatic stress injuries, PTSD, depression and anxiety disorders.

In addition, she is an AMEDD Officer in the United States Army Reserve. She has extensive clinical experience working with crisis intervention, suicide risk assessment and intervention, incarcerated populations, and military populations both stateside and overseas. Her interests include Psychology of Women in the Military, Suicide Prevention and Intervention, and Multiculturalism, Inclusion, and Diversity in Military Populations. 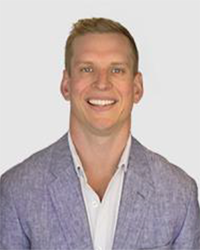 Prior to embarking on his career in commercial real estate, Winters proudly served in the United States Army for the 75th Ranger Regiment. Drawing from this experience, Winter’s expertise is working as an account manager for clients with global, national and regional portfolios to develop and implement corporate real estate strategies. He takes a consultative approach in providing Cresa clients with an integrated service platform that allows a tenant to analyze different real estate scenarios that are mapped to their business priorities and objectives. 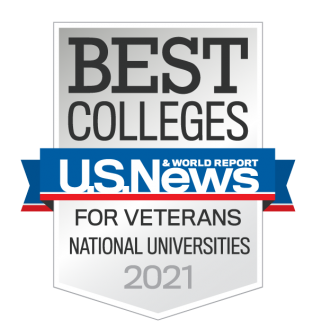 3,000+ therapy or assessment sessions have been conducted at The Sturm Center

Through the Military Psychology specialty, we are training a new generation of psychologists with the knowledge and experience needed to effectively tackle the complex issues that affect military affiliated populations. We also provide training for all types of providers across Colorado about cultural competence, health disparities endemic to this community and cutting-edge research and treatment with these populations. We engage in the research and practice of evidence-based and culturally-competent treatments that emphasize performance, growth, functioning, quality of life, recovery and community involvement.

Building on the coursework and clinical training provided, students will engage in research training which emphasizes enhanced clinical outcomes for services provided to this population. By employing new, innovative, and evidence-based treatment approaches with this population, students will engage in all aspects of research training within clinical and academic settings while in the program.

What Memorial Day means to us...

We are so grateful to the men and women who have paid the ultimate sacrifice in service to our country. To honor them, the APA Division 19 Society for Military Psychology Student Chapter and the Military Psychology specialty at the Graduate School of Professional Psychology have partnered to express what Memorial Day means to them. 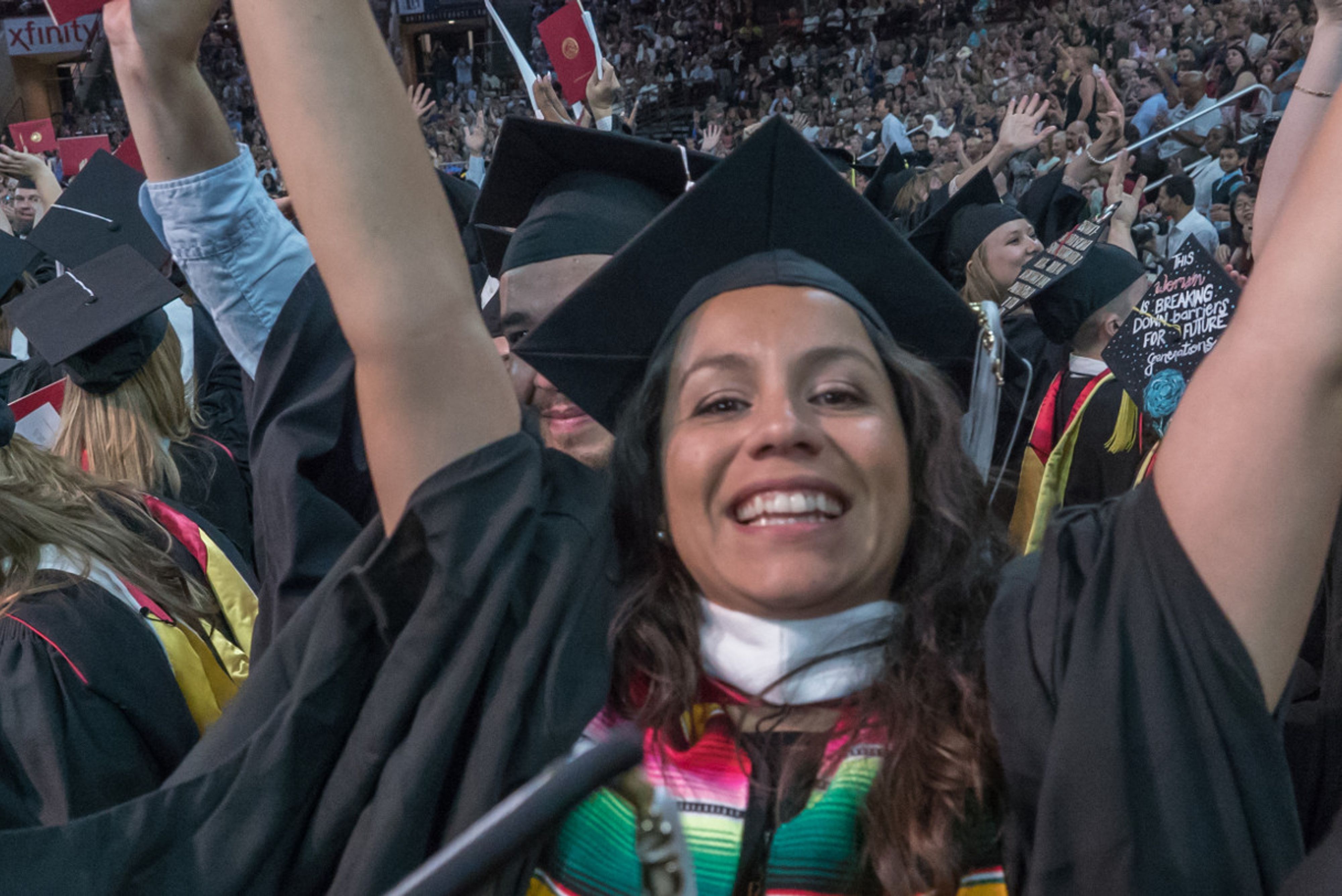 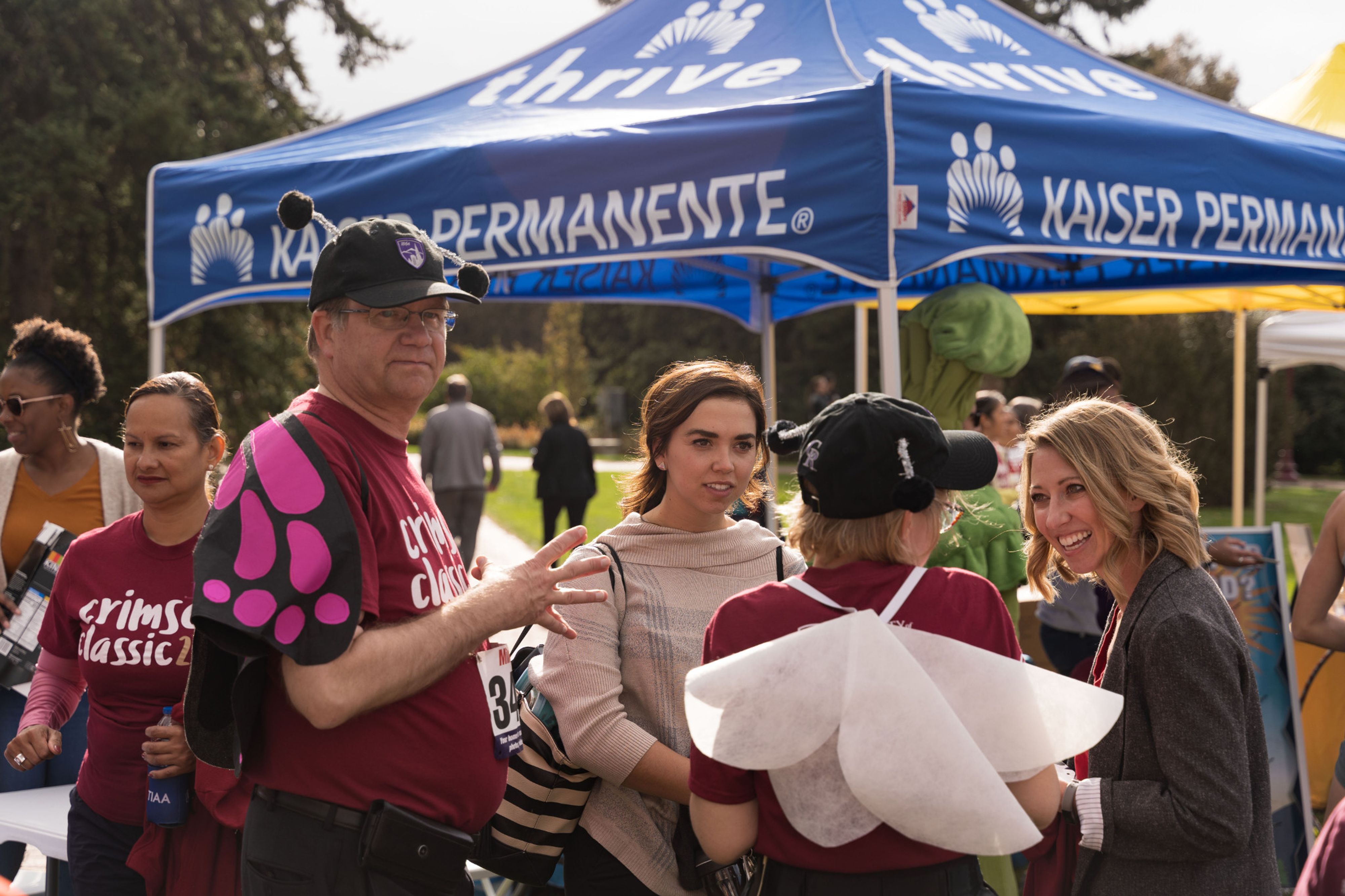